What more do I write about this book except that it is an experience. An experience of living in the mind of a person who is out to seek the meaning of life, who is on a path of self awakening. It is as simple as that and yet not.

Hermann Hesse in his book Siddhartha takes us through Siddhartha’s life as he leaves behind his family and comforts to seek answers to his existence, to learn the ultimate truth.

Siddhartha isn’t Gautam Buddha, as one may be led to believe considering the name is the same, the story is similar and the cover picture is deceptive. But after you read the book you realise the true meaning of that cover, and I’ll let you decipher that for yourself.

Interestingly they both live in the same time and their paths do cross. And as much as Siddhartha admires The Buddha, he still sets out to find answers on his own with the basic belief that he has developed – that wisdom cannot be taught by any teachings, it has to be attained, be learned by oneself. Be truly understood by the self. Because once put into words, it loses its complexity as mere words cannot do justice to its depth.

In his journey he encounters his many teachers or influences – Govinda, his friend and follower who sets out on his own path and follows Gautam Buddha, the Samanas or ascetics who live in the forests, Kamala, the courtesan who has found peace, Kamaswami, the merchant who introduces him to trade and the many lusts of human existence, Vasudev, the ferryman who in his simplicity possesses far more knowledge than can be taught. Each of them has a role to play in his awakening and he leaves each character with more to give than take from. Learnings from the most unassuming of sources. His conversation with Kamala where in he says,

“You are life me, you are different from most people. You are Kamala, nothing else, and inside of you, there is a peace and refuge to which you can go to at every hour of the day and be at home inside yourself, as I can also do. Few people have this, and yet everyone could have it.”

Makes you want to believe that there is more to a person than what we see. In fact these words made me want to seek that ‘peace’ myself.

Hesse’s descriptions are just amazing. They take you with them. For instance there is a sequence where he talks of Siddhartha’s meditative experience when he transcends beyond his body and floats into the sky and dwells inside a heron and lives its life and begins to see the world through its eyes. You’ve read my words, now go and read Hesse’s and you’ll understand how much more interesting and read he has made this very experience. I had to pause and pull myself out. 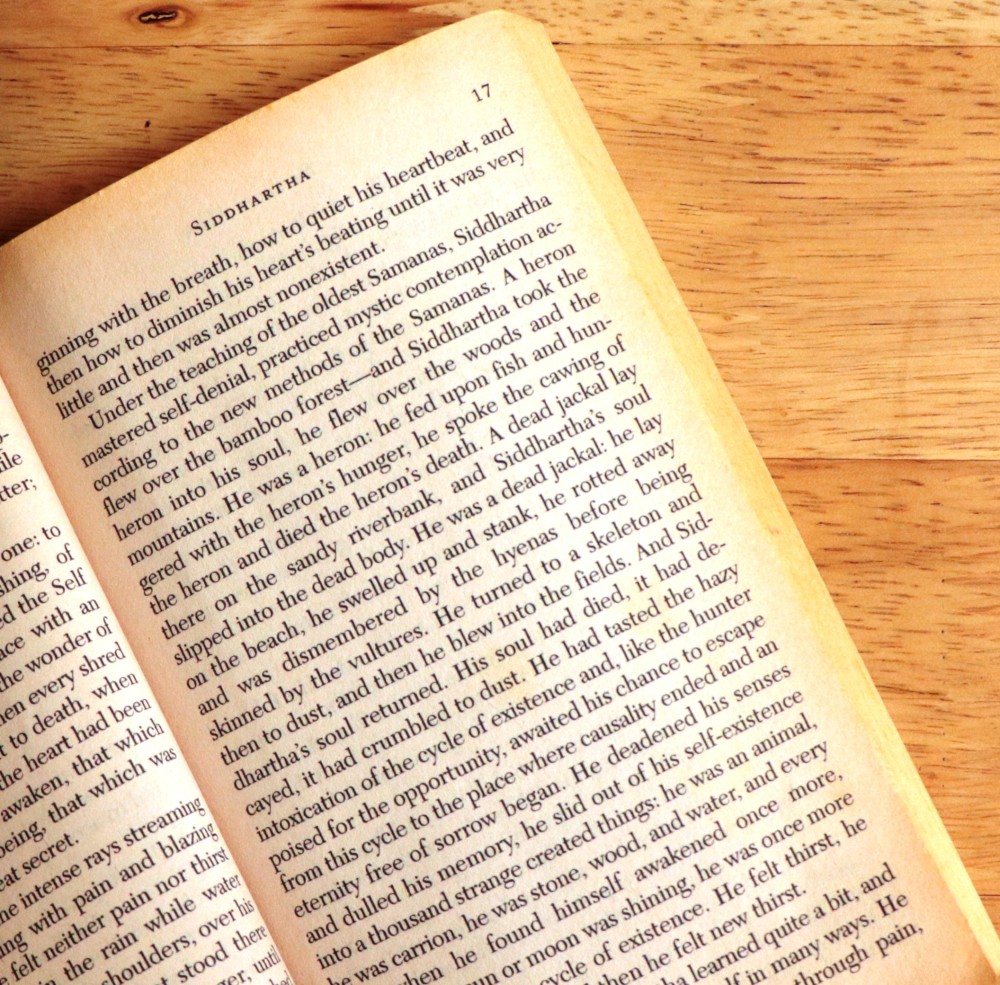 Does this book take you on a path of self realisation? I don’t know. It didn’t really push me to it. But does it give you a peep into the mystical workings of the mind of an awakened soul and its path to enlightenment? Oh yes. And so poetically at that.

A quick quick read. And a poignant one at that. Enjoy!

Blogger. Book Lover. On a crazy promise to herself to read the top 100 novels over the next 100 weeks!! View all posts by Remya