A children’s fantasy novel like you’d expect from Enid Blyton, though this is the first fantasy work of hers I’ve read. There have been The Famous Fives and The Secret Sevens and the Malory Towers and the like but all of those were real people so to say.

The Magic Faraway Tree is nothing like that. An adventurous tale where three siblings, Joe, Beth and Franny, take their cousin Rick to a magical tree in the forest behind their home which houses strange characters such as Moonface (who obviously has a face as round as the moon), Silky (a pretty little fairy), The Saucepan Man (who is covered in kettles and pans and is short of hearing thanks to the noise his vessels make), Dame Washalot (an old lady who loves washing), Mr. Watzinaname (the perfect nobody character) and The Angry Pixie (name says it all). Together these  embark on a journey that start with them climbing up the tree into the clouds. The tree serves as the pathway into the different mysterious Lands atop clouds which station themselves on the tree every few days.

And the fun begins.

Enid Blyton through her clever writing takes us into crazy Lands Of Topsy Turvy Things and Toys and Magic Medicines and Tempers and what not. My favourite though was The Land of Do-As-You-Please. Literally a land that allows you to do just that. You wish to go for a swim in the sea, a beach shows up at the bend of the road. You wish to drive a train, a station show up down your path. You wish to ride an elephant, and what is it that you hear? The stomping of an elephant’s leg right behind you! Definitely the whimsical land I’d like to drop into once in a while. 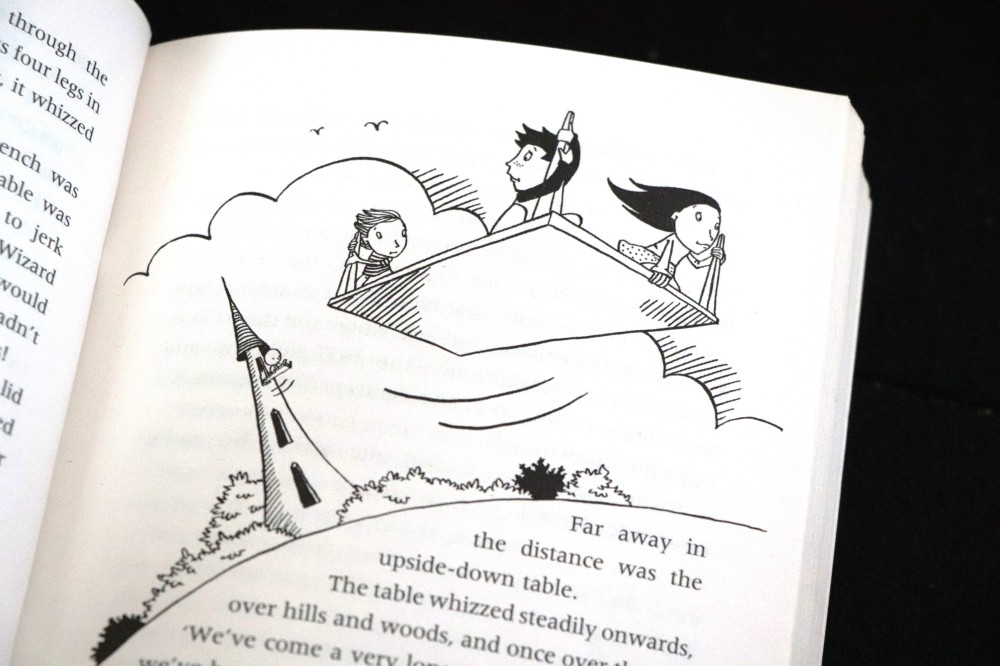 Not only is each land unpredictable, the food described is also something to look forward to. A shout out to all those wonderful bakers there. If anyone can make those toffee shocks and google buns please take an order! Yes, ‘Google’ was here before google! And Toffee Shocks – the magical toffee that grows bigger and bigger in your mouth as you chew it and at last when it is just as big as your whole mouth, it explodes into nothing!

And this is exactly the beauty of this book. A Children’s Fantasy novel that makes all of us, the whole lot of I-am-too-adult-for-such-kiddish-stuff us wish that we were kids and disappear into such stories with no care in the world.

Looking for an afternoon of breezy dreams and crazy childhood memories, go ahead. There’s a land above The Magic Faraway Tree waiting just for you.

And all those who have a child nearby, gift them this book. It’s a great seed for creative thinking.

Blogger. Book Lover. On a crazy promise to herself to read the top 100 novels over the next 100 weeks!! View all posts by Remya